That’s a whole lot of humans entering the world on a daily basis. And, of course, it also means a ton of proud new mommas and poppas are being made all the time too!

Are you going to join their ranks at some point in the next 9 months? Well, there’s a good chance you’ll want to mark such a magical time of life somehow. 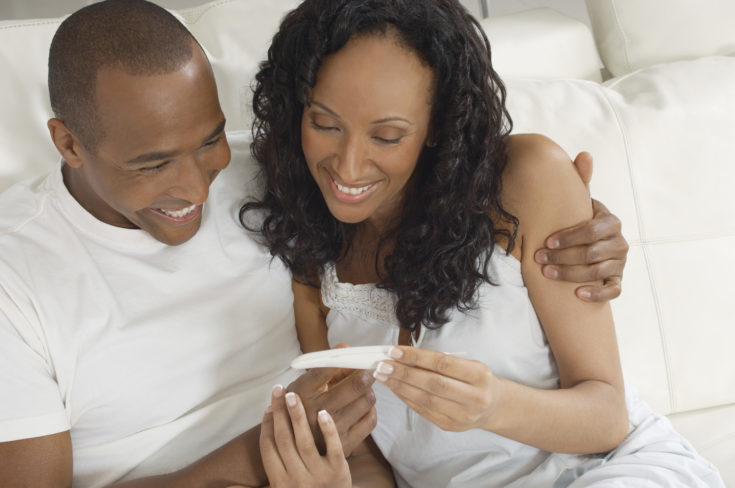 A pregnancy time lapse video is an incredible way of doing exactly that. After all, most women only fall pregnant once or twice in their lifetime! There’s nothing better than being able to look back on these magical moments and all the beautiful changes that take place throughout them.

Making the perfect time lapse pregnancy video isn’t easy when you’ve never done it before though. Want some advice to make it easier?

One of the best ways to end up with an awesome time-lapse is to position yourself in front of a set background.

That way, everything about the video remains constant apart from you! You’ll be able to watch yourself change over those 9 life-changing months with no distractions going on in the background.

Pick somewhere in your home that a) would make a nice aesthetic backdrop to the time-lapse, and b) is unlikely to change while you’re pregnant! That means no rooms you’re going to decorate, gardens that are going to shift with the seasons, and so on. The more constant it remains, the better.

Don’t stress too much if things do change or get in the way of your snaps though.

Let’s face it, you’re going to have enough on your plate already! Making a perfect pregnancy time-lapse video should be the least of your concerns when you’re growing a human…

And, in all honesty, there’s something lovely and heart-warming about the unplanned things anyway. If the dog walks into the shot, for example, you should totally keep it in the video! You’ll find yourself laughing at the end product far more with such amusing idiosyncrasies in play.

As we just noted, the ‘classic’ pregnancy time-lapse video includes photos of you throughout the pregnancy in front of a fixed background.

However, there’s an alternative option!

Why not shoot a time-lapse with video clips instead? Here, you’d have brief video clips (for example, either a quarter or half a second long) stitched together as opposed to still images.

Of course, there’s nothing stopping from you using the same background.

But you could mix things up further and keep the foreground (aka you) the same while changing the location you’re in/what’s going on behind you. You could then look back on the places you went each day during your pregnancy, as well as watching your body change over time.

Shoot From the Same Spot

Try hard to take each photo from the same spot each time.

Don’t, you’ll be moving, shifting, and wobbling all over the place in the final video! You’ll be looking in different directions and captured at different angles. As a result, the overall effect of seeing your pregnant-self alter over time will be affected.

For the best outcome, think about buying a tripod for your camera/phone and leaving it in position. That’ll keep the image still and create a smooth transition between frames.

Taken the fixed-foreground-changing-background-film-clip route instead?

Well, the equivalent step would be to ensure you’re in the same part of the frame each time. If you’re facing leftward at the center of the first clip, for example, then that’s where you should be in every clip that follows!

Making a time-lapse doesn’t have to be hard work.

These days, there’s a wide selection of time-lapse apps (like the ones you’d find here) that should make the process more straight-forward.

These handy bits of software let you use your smartphone camera to shoot one with ease. Once you’ve downloaded the app you can create a time-lapse using videos or photos shot straight from your mobile.

That means no uploading mountains of files to your computer or getting frustrated with complicated video editing software. The app will do it all for you!

Looking for the best time-lapse possible?

Try to take a photo/video every single day! That way, you’ll see the changes take place in all their glory, with no big jumps or random missed sections in sight.

Remembering to do it isn’t always easy though.

Definitely don’t beat yourself up if/when you forget. It happens to the best of us and, once again, you’ve got bigger fish to fry. Just do your best!

You could even set reminders on your phone to give yourself a little nudge each day. It might seem like a hassle at the time. But you’ll be stoked you went to such effort when it’s all finished and you’ve got an epic video to look back on!

Think About Putting a Calendar Behind You

Looking back on the time-lapse is going to fill you with a variety of emotions.

Joy, nostalgia, awe, surprise, mirth…You’ll feel the whole lot! However, you might also wonder what stage of pregnancy you were at as the video progresses.

A cool way to tackle that would be to put a calendar in the background. You could mark the day with a big red ‘X’ and turn the pages as the weeks/months proceed. That way, you’ll look back and know exactly what was happening and when!

Pregnancy time lapse videos are incredible ways to record those wondrous 9 months and have something special with which to look back on them.

However, they’re also quite tricky to get right- especially when you’ve never done them before. With a bit of luck, though, the tips in this post will help you end up with the best possible result!