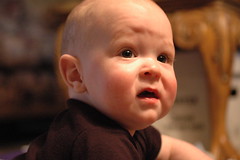 Cow’s milk carries plenty of allergens that cause infants to have an allergic reaction to milk. The proteins casein and whey are the main culprits. When milk curdles, there is the solid part and this is called casein and the watery part is called whey.

If you look at cheese, the harder it is the more casein it contains. This protein forms more than 80 percent of the protein found in milk.

Children’s allergic response to milk does not usually last a long time. Two to five percent of children develop milk allergies. Out of this lot, 60 percent will stop having an  allergic reaction to milk by the age of four and another twenty percent will lose this allergy between ages four and six. It does not mean that you cannot develop these allergies in adulthood even if you have never developed it as a child. Children’s allergic reactions to milk can have the possibility to morph over time. If initially it manifested as diarrhea or vomiting, over time it could change to hives or itchy rashes.

Children’s allergic symptoms to milk can be placed in three categories:

The symptoms displayed by children affected by milk may not only be brought about by milk. Any substances containing these proteins will also cause the same reactions. There are milk substitutes that you can give to children experiencing these reactions. They will get the same benefits as those drinking milk but without having to encounter any allergic problems.

About the Author: This is an article contributed by Haliyma Barrow, a freelance article writer based in New York. Barrow loves to write articles about child health issues and baby care tips such as stainless steel baby bottles.