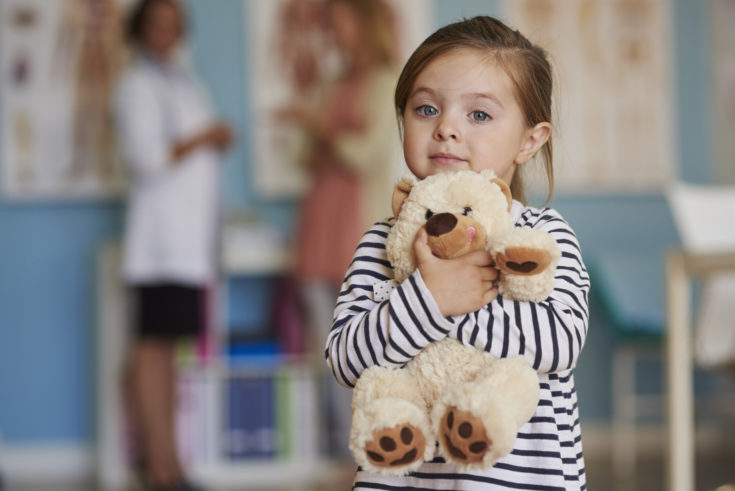 It is estimated that one in every 68 children in the US has autism.

Autism is a developmental disorder that is characterized by difficult social interactions and repetitive behaviors. The signs of autism begin in early childhood, persist until adulthood, and interfere with daily living.

What are some early autism red flags? Let’s take a look.

Children under the age of two are expected to hit certain milestones as they develop. Falling short of these is a sign that you may want to talk to your doctor about an autism evaluation.

It is important to remember that all children develop at different rates. If your child has not hit an important milestone by its “deadline,” that does not necessarily mean that they are on the autism spectrum. It is, however, something that you should be mindful of.

Infants who are not hitting these developmental milestones may have Autism Spectrum Disorder (ASD.) Many will be non-verbal as adults. Physical milestones, such as crawling and potty training, are also delayed in children with ASD.

Children with autism will not make eye contact with adults before they are two years old. They will not look for parent comfort in new situations. They may be happy to play by themselves for long periods of time and seem to lack social awareness.

Children on the autism spectrum will not make eye contact with those who are speaking to them. They will not light up at the sight of a familiar, cheerful adult. The warm, joyful expressions common in infants are often not seen in children with autism.

Infants with autism will often seem overwhelmed by certain sights, sounds, or tastes. They may also have uncommon sensory issues. They may, for example, put too much food in their mouths because they are not processing touch and taste properly.

Children with autism generally do not begin using simple sentences by 2 years old as most children do. When they do begin talking, they may use little variation in their tone of voice or irregular rhythms.

Children with autism have difficulty reading your facial expressions, and understanding subtleties such as a sarcastic tone of voice. They may also use formal language, rather than casual conversational tones when talking to their friends.

Social concerns can often be changed through Applied Behavioral Analysis (ABA.) Companies such as BlueSprig Autism provide in-home therapy as well as workshops and screenings.

One of the defining characteristics of Autism Spectrum Disorder is repetitive behaviors. Children may repeat words over and over, or continue to flap or rock endlessly.

They may develop an obsession with certain objects, and always be talking about them. Autistic children may only want to eat foods with a particular taste, such as salty, sweet, or bitter.

Children with autism will become unhinged at the slightest change to their routine. Their tantrums can involve aggressive or harmful behavior such as head-banging.

If your child is not hitting developmental milestones, you may not necessarily be seeing autism red flags. However, if they engage in repetitive behavior and are disinterested in your expressions, it may be time to get your child evaluated for ASD. Nothing will help you like getting the right intervention early on.

For more information on parenting, read our blog today.