Pregnancy is something that almost every woman dreams of and anticipates. Even if not every woman desires to be a mother, all women will smile and offer a warm thought when they see a pregnant woman. It is a very special and magical time for a woman to be carrying her unborn child inside her, and one that nearly everyone can appreciate and understand. 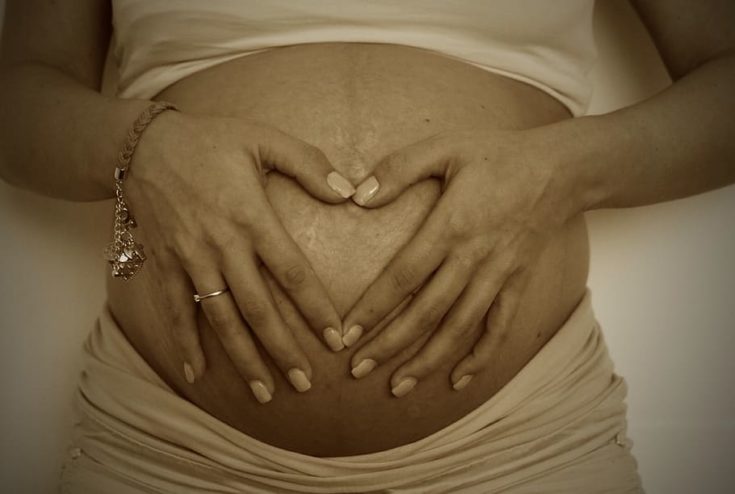 Pregnancy is the phase during which time, a woman carries a fertilized egg that develops and evolves within her and which lasts until the birth of the fetus. The calculation starts on the 1st day of the woman’s last period (not the day of conception), and the first signs that a woman may be pregnant are if they have a delay in their period. Of course, taking a pregnancy test will provide certain proof of pregnancy, but many women are able to tell if they are pregnant before taking the test.

There are lots of places online where you can read about pregnancy and find information about it such as the Yamo Baby Spueren Article, or some of the others you will easily find when searching Google or Bing.

Although at the beginning of a pregnancy there are only a small number of cells, many women already know, even a few days after conception, that a new life is starting to form within them. Increased sleepiness, dizzy feelings and the sudden feeling of tiredness are all telltale signs. The body works endlessly to support the new life that has started to form and begins to make the necessary preparations for the 40 weeks that will follow.

No woman has the same feelings, emotions and reactions as other women when it comes to being pregnant. There are women that are completely unaware that they are pregnant and find out only a few days before the arrival of the newborn. However, in most cases, the woman will be acutely aware of her pregnancy, and will start experiencing a range of feelings and changes to the body.

The first trimester is the period that the female body works at a fast speed and the cell growth is equally as fast, as some will go towards forming the embryo and others the placenta. HCG (Human Chorionic Gonadotropin) is the key hormone during pregnancy, and it is this hormone that is detected in a woman’s urine or blood when she takes a pregnancy test.

HCG is produced in the body by the tissue that ultimately becomes the placenta. The main function of HCG is to get the body to adapt for the new life form growing in the womb. HCG also sends signals to the ovaries in order to stop the production line of maturing an egg every month. Typically, during the first 10 weeks of a pregnancy, the HCG levels double every two days.

Morning Sickness and Other Symptoms

No one is entirely sure what causes morning sickness, but many doctors believe it is most likely connected to the rising HCG levels, which reach their highest on the 1st trimester.  At the end of the trimester, this will start to gradually decline.

Estrogen, produced by the ovaries and later by the placenta, helps the uterus grow, maintains the uterine lining, supports the blood circulation and regulates the production of various key hormones in the body. This is when the discomfort of a pregnancy begins to increase and is a lot more noticable.

A heightened sense of smell is one side effect of pregnancy, and is caused by hormones in the body such as estrogen and HCG, which are able to magnify every little smell that is present in the air.

The expectant mothers may now feel a mild pressure in the abdomen that is similar to period cramping. This is actually a good indication that everything is going well and that the pregnancy will be a successful one. The lining of the womb starts to expand and thicken so that it can accommodate the unborn baby, with the blood flow increasing to support the placenta.

Hormones and the Second Trimester

Progesterone is one of the most important hormones that is vital for a healthy pregnancy. The progestational hormone  is manufactured first by the ovaries and then by the placenta, starting around the time of the second trimester.

Progesterone makes sure that the placenta is properly functioning and that the uterine lining is healthy and thick. It also stimulates the growth of breast tissue. Progesterone, along with the hormone Relaxin, will cause all sorts of discomfort for the mother including indigestion, constipation, nausea and general sickness.

Gums may also swell and start to bleed, and there is the possibility of developing pregnancy gingivitis. One positive side effect, if it can be called that, is that during this phase, a lot of women find it much easier to sleep. Not all women will experience all of these symptoms and side effects, but the majority will at some point during the second trimester.

The third and final trimester is when the woman will really start feeling and noticing movement of the baby inside her womb. Some of the discomforts that first started to appear during the second trimester will continue and there will be some additional ones appearing along the way.

As the baby continues to grow inside, it puts more pressure on the internal organs, and some women often experience difficulty breathing, as well as having to urinate much more frequently than before, due to increased pressure on the bladder.

The Flutters and Kicks

However, despite the increased discomfort, it is also one of the most magical phases of pregnancy. You will start to feel the movement of your baby more and more with each passing day. What may have started out as simple flutter, such as a butterfly’s wings flapping softly on the skin, has turned into powerful kicks.

This is because the space in the womb is getting smaller for the baby, and they are constantly stretching their legs and moving their arms about. Some women will experience the flutters and kicks at specific parts of the day, such as first thing in the morning or late at night. There is no definite time of the day when a woman should feel her baby move about inside, and there might actually be days where no motion is felt at all.

These are some of the most worrying and nerve-wracking days for a woman during pregnancy when the movement of the baby suddenly stops. However, in most cases, it is just a temporary phase and within a couple of days, the flutters and kicks will be back to normal. A small piece of chocolate or some orange juice may be the key to get your little one dancing about again.

The feel of the baby kicking and moving about inside is a truly unique feeling, and something that a million words would never be able to fully describe. If you are in this phase of your pregnancy, then just sit or lie back, don’t worry and enjoy every single second of it, because there isn’t another feeling like it anywhere in the world.