The modern world is upon us, and children everywhere are interacting with phones, tablets, and computers. It has become difficult to be deliberate about when the child first interacts with a smartphone, but you can determined when they own a phone of their own. 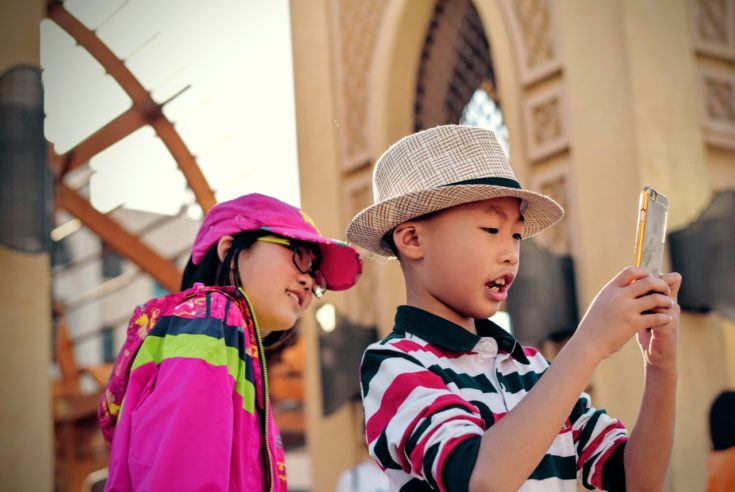 While it is subjective and dependent upon your child’s maturity, ability to control their behavior, and natural skills with technology. Each kid is different and can handle different things, and doing some research about childhood development and the use of cell phones will help you determine when you should give your children a phone. Smart Phones & Developing MindsAccording to most psychiatrists and specialists on child brain development, using smartphones at a very young age is detrimental to the child’s brain and prolongs its development. Mobile devices cause the brain to become wired for instant gratification and a higher release of dopamine. Constant overstimulation gives you dopamine and a child growing up will live with that need for the neurochemical. It’s not necessarily technology that is bad for kids but the way we use it. Social skill should be learned in person. Getting enough sleep and nutrition is vital. Knowing when to turn off devices in favor of real life establish boundaries. So the long and short of it is that if your child is old and mature enough to understand these things and make good decisions, they are old enough for a smartphone.  Before Age 7Most children get their phone around the age 10, but what about earlier? Should parents give their kids phones before they’re even in the double digits? For children under ten, experts unequivocal. Kids in the age group from 4-6 should not be using smartphones. For screen time in general, the Canadian Pediatric Society (CPS) recommends that parents limit to less than one hour a day for children ages two to five years old. Screen time for younger children, those under two years, is not recommended at all. The American Academy of Pediatrics advises placing consistent limits on consumption of media for children six and older. Ages Seven to 10While parents of children this age may want them to have a phone so they can be called when they need to, there is no reason that kids from seven to 10 should have a smartphone. According to the site MoneyPug, which is commonly used in the UK as a way to find mobile phone insurance, children under the age of ten are at a higher risk of losing these nice phones anyways. Furthermore, these children are not developed enough yet to handle the decision-making required in a dopamine-inducing smartphone. They need to be free of this complications for a little longer. Ages 10-12Even though at this point most parents will allow their children to have a smartphone, this does not mean that they don’t need to be careful. Limits on the phone’s usage are important, and many think that you should give kids access to a phone enabled with the internet. Times that they can use the phone should be implemented, and there should be no access during meals, homework, chores, and sleep. This can be done very easily with one of the many parental control apps that are on the market. They can allow you to limit internet use, sites they can access, and log screen time. You don’t want to promote over-reliance on technology or social media for peer validation. Don’t allow your kids to get hooked at any early age. However old your child, limitations should be put on their screen use and access to smartphones. The longer you wait for your children to become enamored with the technology, the better off they will be in the long-run. It’s pretty simple. Don’t allow them to use screens and specifically mobile devices too much before the age of ten and keep them limited after that. By staying steadfast you will raise a competent, well-adjusted person who will be able to utilize the benefits of technology without becoming over necessarily dependent on it. Keep these tips in mind and you will be fine. Your child might not always like you, but they will appreciate it in the end.