There are a number of varying opinions about whether boys and men should get circumcised. Whether you have a baby, toddler or you’re an adult male, having your doctor perform circumcision for your child or yourself may be on your mind. 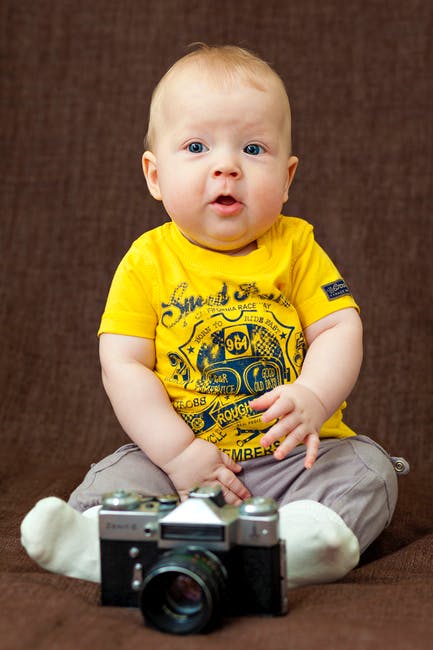 In this post, you’ll learn what circumcision is, learn about the pros and cons of circumcision and follow up care to help you decide to circumcise or not.

To Circumcise or Not: The Pros and the Cons

Read on to learn about circumcision. These facts will help you make the right choice for your son or yourself.

When doctors perform circumcisions they remove the foreskin on the head of the penis which looks like a ring of tissue.

Physicians perform circumcisions on newborns before they leave the hospital, but they can also be done on older boys or even men. Statistics report than circumcisions are performed on 38.7% of males around the world.

The History: How Did Circumcision Begin?

Originally, circumcision began due to religious faiths. Jewish and Moslem families circumcised from birth. Later, circumcision gained popularity for sons that weren’t religious in different countries between 1920 and 1950.

During this period people believed that having their sons circumcised would protect them from contracting sexually transmitted diseases.

But even though this was a school of thought men circumcision never became a common practice in most parts of the world. Over 80% of the men in the world are not circumcised.

Purpose of the Foreskin

The foreskin on the penis is believed to have a variety of purposes. It can prevent the urinary opening from getting scars which is a rare occurrence. It also prevents against infection of the penis.

Another purpose of the foreskin: it keeps urine and feces during intercourse and away from the glans on the top of the penis from getting irritated. The foreskin also protects the glans from getting too sensitive.

The Pros of Getting Circumcised

Here are some of the reasons why circumcision can be beneficial:

Circumcision prevents any infections from occurring beneath the foreskin. It also blocks the foreskin from consistent tightening which can be uncomfortable and even painful.

Keep in mind these conditions don’t occur that often. They happen when the foreskin is pulled back to hard or too frequently.

Getting circumcised also wards off urinary tract infections (UTIs) that can happen during a child’s first year of life. Although babies don’t get UTIs and they can usually be treated easily, circumcision can help protect a male against them.

Circumcision lowers the risk of an array of sexually transmitted diseases (STDs) in men which includes the Human Immunodeficiency Virus (HIV).

Although circumcision helps protect the penis from contracting an STD, it can’t completely guarantee a person will not contract a sexually transmitted disease.

Circumcision can also protect the penis from a rare cancer of the penis. Sometimes good hygiene can actually help ward off this rare form of cancer.

Circumcision Can Stop Boys from Getting Teased

Let’s be honest. Kids in school tease each other. Boys look for every reason to find something different about someone to call out. Sometimes, this happens as a joke, and at other times it comes with ill intentions.

If most of your son’s friends are circumcised, your son can get made fun of in the locker room or the shower for having foreskin on his penis that his school mates don’t have.

The Cons of Circumcision

When you’re deciding whether to circumcise or not, there are also reasons against getting a circumcision. Here are some key reasons why someone might be against circumcision.

One of the cons of circumcision is the there can be complications with surgery. In fact, one in 500 cases of circumcised newborns had critical side effects according to an article in the Chicago Tribune.

Here are some of the issues:

The cost can also be an issue of why not to get circumcised since many insurance companies don’t cover the procedure. This means you might have to pay for it out-of-pocket.

It’s better to decide on circumcision as soon as possible. Deciding to have your boy circumcised at a later time will require your son being put under anesthesia. So it’s always a good thing to decide as quickly as you can.

Where to Get a Circumcision

Circumcisions can be performed in a variety of medical institutions such as a hospital after your son is born.

Others are done at other medical facilities such as this clinic. Ask your pediatrician or your physician for a recommendation.

What Happens After the Procedure

After circumcision, it takes the penis approximately a week to heal give or take a day or two more or less. Local infection and mild bleeding can occur normally. Be sure to alert your doctor if this happens.

A bad circumcision surgery can result in more serious complications such as a penis injury or sepsis or the infection travels through the bloodstream. Worst case scenario death can occur.

But keep in mind, death is rare and only happens when the infections travel to the organs in the body stemming from a sepsis infection.

Making the Decision: Final Thoughts on Whether to Circumcise or Not

Now you know the facts on how to make the choice whether to circumcise or not. If you decide to go forward with the procedure, do some research to make sure the medical professional performing the surgery is highly qualified.

Are you a new parent looking for tips on pregnancy, childbirth and more? Explore more of the Preemie Twins Baby Blog for informed and educational content on everything baby.